← more from
Shunu Records
Get fresh music recommendations delivered to your inbox every Friday.
We've updated our Terms of Use. You can review the changes here. 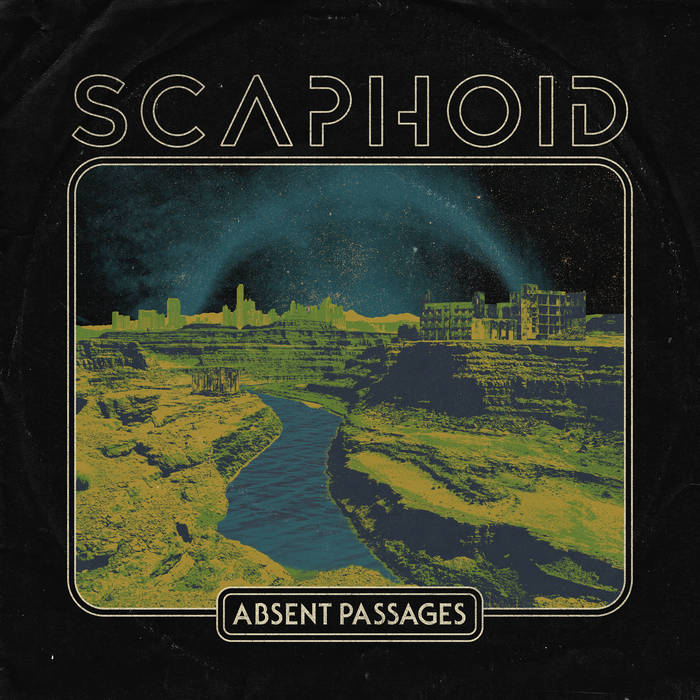 vext01 Surprised to see that no one has yet commented! This is a fantastic piece of melodic prog/djent. A true hidden gem. Favorite track: Marauder.

Four years removed from a promising debut EP, the Austin, TX prog-metal/post-rock artist Scaphoid returns with Absent Passages, revealing a sonically dexterous, focused, and fiercely independent sound that moves freely between aggression and atmosphere, from incendiary roar to infectious groove to intoxicating delicacy in a matter of moments. Album opener and lead single “Marauder” sets the tone for what’s to come, with space rock melodies hovering above djent-minded rhythmic stutters, and crystal clear, ethereal leads acting as the thread tying everything together. It’s varied without being overwritten, impressive without being showy, and consistently and thoroughly engaging. It’s a perfect introduction to an album that paints a striking and unique vision of progressive metal.

In a way, Absent Passages is the most apt moniker for this collection of songs. Multi-instrumentalist Matt Hobart credits instrumental metal as a primary inspiration but notes that, as much as the concept has always drawn him in, he has found himself long in search of a specific stylistic approach that had eluded him. One of his goals is to find that sweet spot, and as a result Absent Passages represents the sound that has burned within Hobart’s heart and mind without any previous outlet to represent it. As the album moves forward its canvas blossoms, revealing a formidable soundscape that will draw the interest of fans from a wide spectrum spanning prog-rock, post-metal, post-rock, space rock, psychedelic, djent, and more. It is formed out of diverse lifelong influences ranging from Opeth and Meshuggah to Pink Floyd and Steven Wilson, as well as less obvious artists like Corrosion of Conformity, but ultimately exists more as a tour of the spaces between those diverse artists. Ultimately, what Absent Passages does is present a bridge from its titular lack to a place of fulfillment, a launching point for more detailed exploration of themes and soundscapes that were heretofore untraveled.

All music by Matt Hobart
Mixed and mastered by Jamie King
Front cover art by Corey Meyers
Thanks to my family and friend for all their love and support and to my wife Meni for everything.
This album is dedicated to Vivien and Russell Hobart

Bandcamp Daily  your guide to the world of Bandcamp